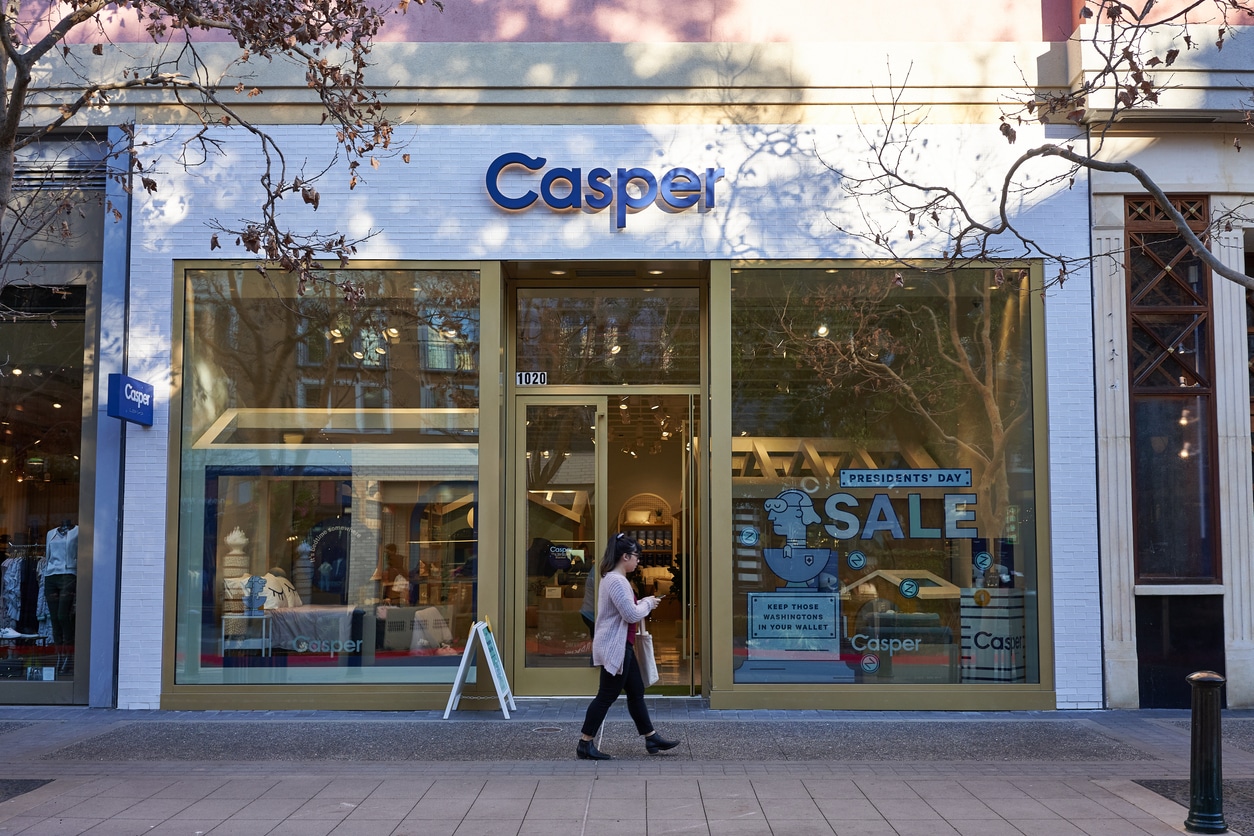 Casper Sleep was considered a pioneer of the direct-to-consumer movement along with glasses retailer Warby Parker and sneaker firm Allbirds. But two years after its vaunted IPO, the company is going direct-to-private-equity with its memory-foam tail between its legs.

The mattress retailer announced on Monday it’s agreed to be acquired by private equity firm Durational Capital after its valuation tanked and sales were a nightmare.

New York-based Casper came out of nowhere in 2014, using just $2 million in venture capital to build a strong consumer profile with clever digital marketing. It was one of the earliest and most aggressive podcast sponsors, turning up on, among many others, zany variety show Comedy Bang Bang and grizzled comedian Marc Maron’s confessional WTF. In the ads, listeners would hear tales of a magical mattress that shipped in a small cardboard box and expanded into king-sized comfort when unpacked.

High-profile investors threw in cash, including actor-turned-tech-bro Ashton Kutcher and rapper Nas (whose masterpiece Illmatic includes the decidedly mattress-unfriendly proclamation, “I never sleep, ’cause sleep is the cousin of death”). Once Casper hit the market in 2020, though, things got lumpier than a 10-year-old pillow:

Sleep Well: Durational Capital — which owns a piece of Southern US fast-food chain Bojangle’s and used to be an investor in Kentucky Derby home Churchill Downs — is a consumer-focused PE firm, so it might be a good fit. Investors are getting $6.90 per outstanding share — or a 94% premium on Casper’s $3.55 closing price on Friday — so they can rest easy tonight.