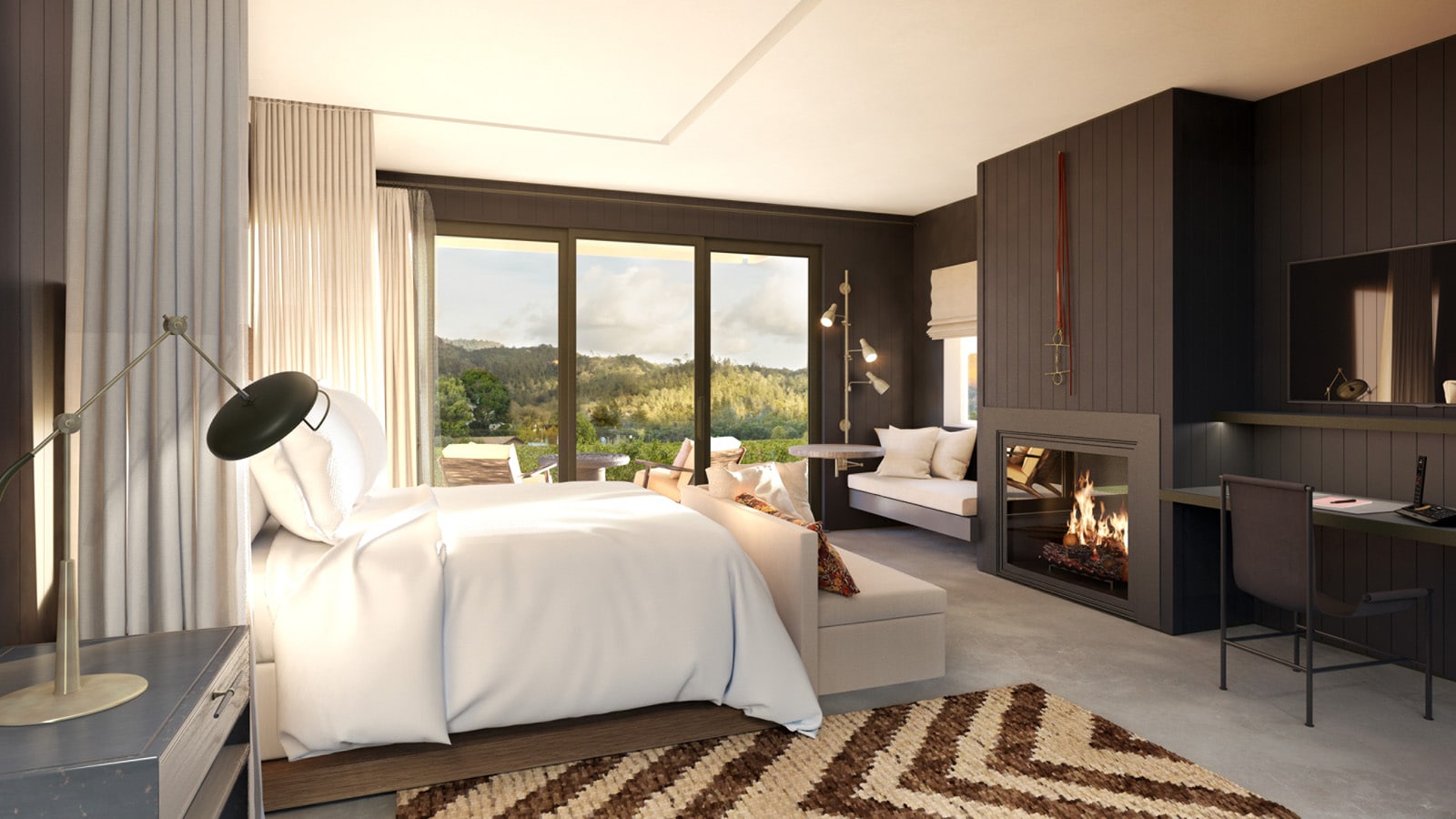 “If you build it, they will come.”

In this case, “it” is a lavish, state-of-the-art resort set against a vineyard and “they” are high-roller real estate investors.

The owner of the new Four Seasons in Napa Valley is closing in on a sale at a near-record price for a hotel. Alcion Ventures, which spent ten years developing the property, has secured several offers exceeding $170 million for the 85-room resort.

It Ain’t Easy Being Mainstream

Strong buyer interest for Napa’s Four Seasons hotel shows the luxury resort market is alive and well, despite troubles in the broader hospitality sector. We’re in a bit of a continental breakfast depression, in other words.

But two Napa Valley luxury properties run by Auberge Resorts Collection logged a strong second half in 2020, as well-heeled guests out of Silicon Valley sought repose after many months without travel.

Napa’s Four Seasons, located in Calistoga, is set to open for business in the second quarter. Current bids for the property, including one from California-based Sunstone Hotel Investors, value the resort at over $2 million per key.

The 411 on PPK: Hotels are commonly valued at a price-per-key rate, which helps measure up properties of varying sizes and room counts.

Get Guinness Records on the phone – only two hotels in the U.S. have ever sold for more than $2 million a key: Hawaii’s Four Seasons Resort Hualalai and the Montage Hotel Beverly Hills.

Will they accept my Hilton Honors Points? Please?