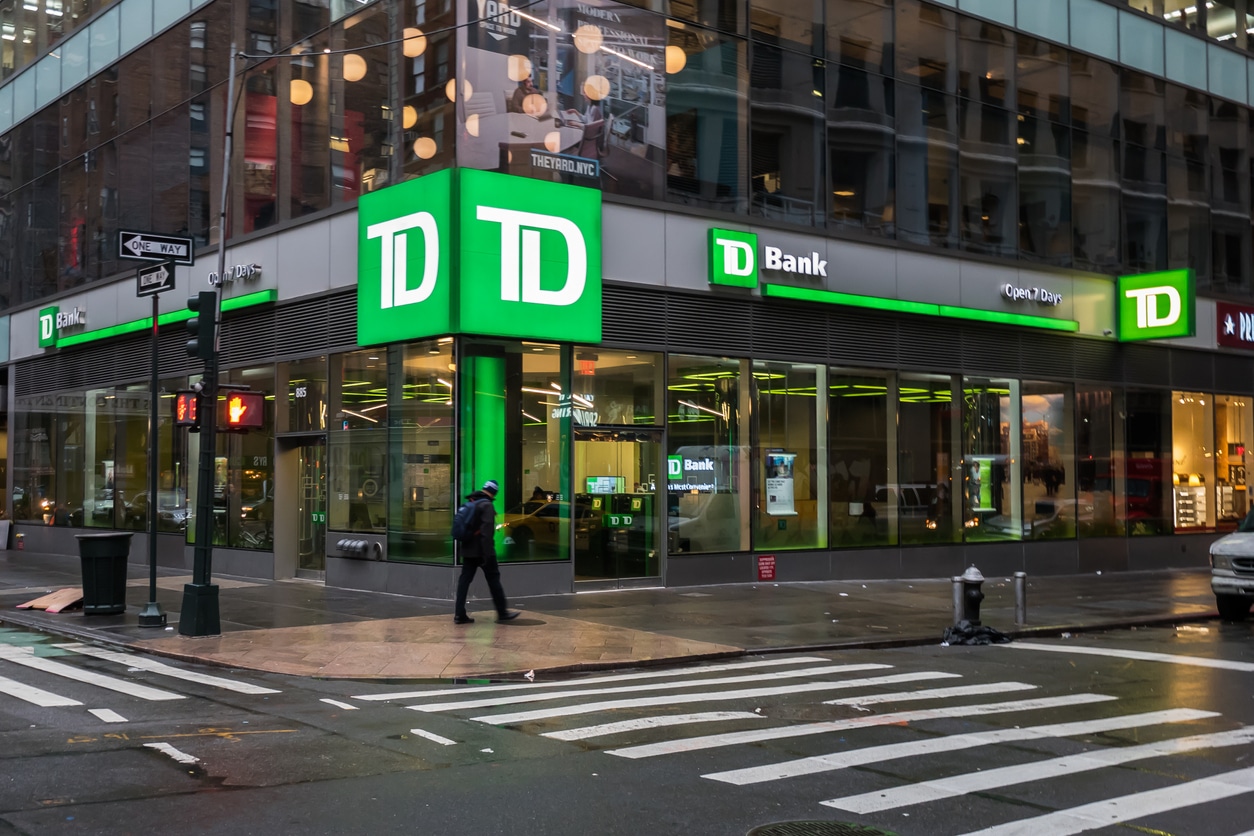 Toronto’s Bay Street is a 500-mile drive and a border crossing away from New York’s storied Wall Street district, where bright American flags hang from the iconic Stock Exchange. But in Canada’s financial capital, among flags with red and white but no blue, is the headquarters of an increasingly notable US banking player.

Relative to many other markets, the Canadian sector has undergone heavy banking consolidation, and many leading players have eyed America’s more fragmented environment as an opportunity for M&A and growth. Royal Bank of Canada, Bank of Montreal, and Canadian Imperial Bank of Commerce have all sought M&A deals in the US, but none have been as aggressive as TD.

TD first dipped its toes into the US market in 2004, and upped its presence significantly with an $8.5 billion purchase of Commerce Bank in 2008. Before Monday’s deal, it was one of the 10 biggest US banks, and now it’s poised to move further up the list:

Seeking Closure: The deal is expected to close in TD’s first quarter of 2023 fiscal year, but US regulators have stepped up their scrutiny of bank mergers following an executive order by President Biden last year that encouraged tougher antitrust enforcement. Fitch Ratings said last month this could stall, or even derail, acquisitions north of $100 million.