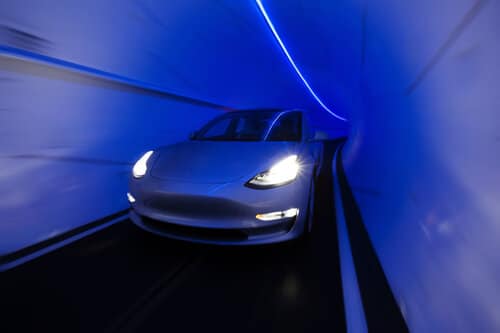 Here’s a new kind of urban underground. In just a short few years, residents of Fort Lauderdale could be taking a tunnel to the beach.

City officials have opened talks with Elon Musk’s The Boring Company about digging a two-mile tunnel from downtown to the shore, and then offering rides for $5 to $8.

Musk’s company claims it can build tunnels for about about 1% of the typical costs. Globally, tunneling can set you back $175 million to $3.5 billion per mile.

But Musk told Miami’s mayor — who is also considering hiring The Boring Company to dig a tunnel to divert car traffic from crowded streets — he could complete the local project once priced at $1 billion for just $30 million. He also said he could finish the job in six months.

Florida has only two tunnel projects statewide due to its unique geography.

The Boring Company’s system, called Loop, allows people to ride Teslas in underground tunnels. The first Loop system is set to open in Las Vegas this summer. But it’s also drawn criticism from transportation planners, who say it makes inefficient use of the tunnels.

Mum on Overruns: Miami and Fort Lauderdale wouldn’t say whether a contract with Musk’s company — which neith has finalized — would include provisions for cost overruns. Should they be worried? Well, while Musk has certainly pushed Tesla and SpaceX to innovative breakthroughs, he’s also repeatedly missed deadlines and fallen short of his own projections.

Will you find Musk using the beach tunnel? Probably not. “The idea of like lying on a beach as my main thing just sounds like the worst, that sounds horrible to me,” he said in a 2013 interview.