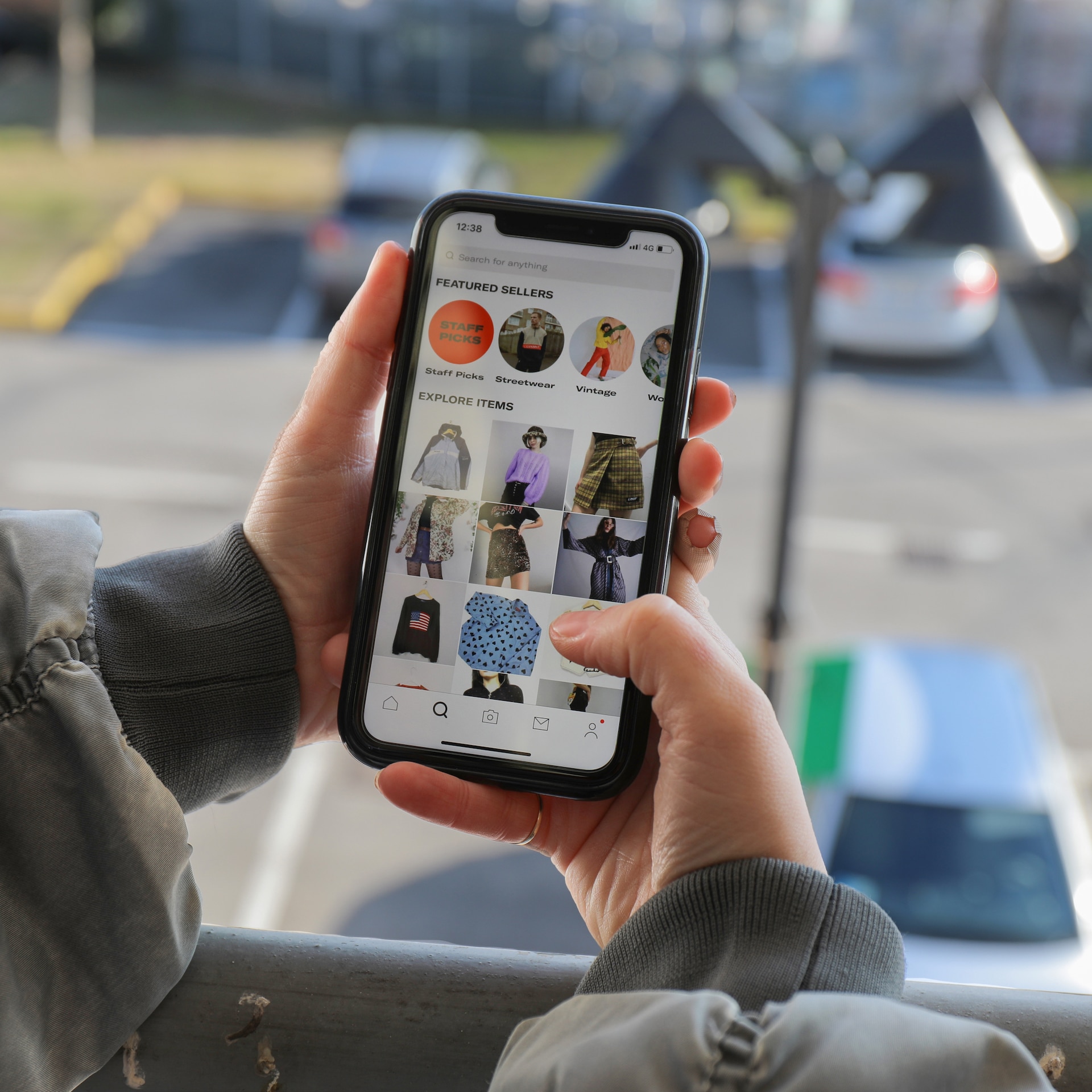 For lovers of old timey or quirky aesthetics, Etsy turned the internet into an open craft fair of vintage and handmade goods. It’s where you go to dress like a hipster Sherlock Holmes, buy a wedding ring nest made out of moss, or decorate your interiors like a Tim Burton film. It’s also a $20 billion tech giant.

Depop didn’t reinvent the wheel: you could buy and sell used clothes online long before it was founded in 2011. But the company’s marketing, which is social media savvy and ethically and environmentally conscious, hit a home run with younger audiences. Some users, hawking coveted streetwear or trending looks, have even turned into famous fashion influencers. With a brand solidified and youth on its side, trends are in its favour:

“What happens is they start selling clothes from their wardrobes,” Maria Raga, CEO of Depop, said of the company’s Gen Z users. “They’re pretty much mobile natives, so they know how to get the ball rolling.”

Suits Come Calling: The second hand market is all the rage with well heeled investors in their nice, new suits, too. Last month, Lithuania-based Vinted, the second largest secondhand fashion marketplace in Europe, raised €250 million at a €3.5 billion valuation. Two Depop rivals, ThredUp and Poshmark, have gone public in the U.S. this year.