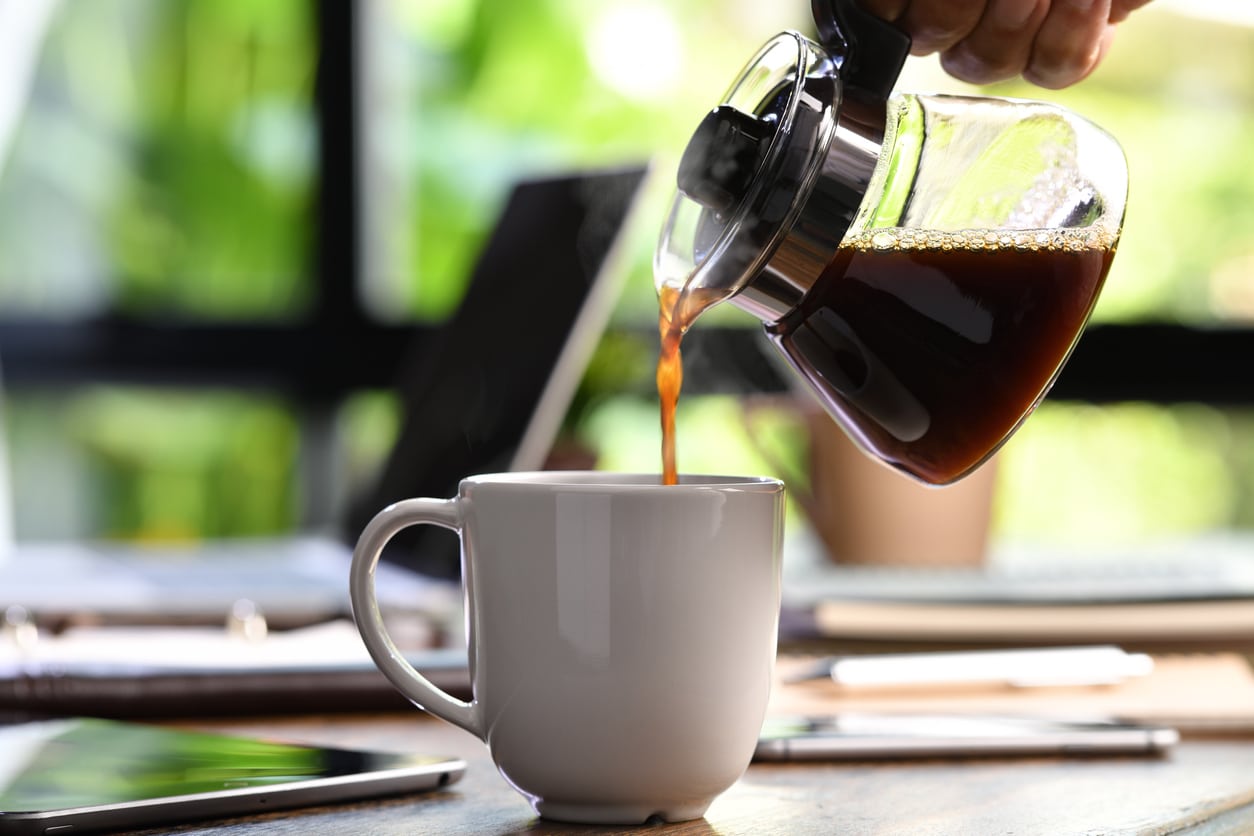 A few sips of caffeine or nibbles of chocolate can provide a nice breather during a hectic workday. But the latest figures out of these indulgent industries suggest there is a lot more gulping and gobbling going on than sipping and nibbling.

Prices for arabica coffee beans recently hit their highest level since 2016, PepsiCo just raised its full-year earnings forecast on a nice pop in sales, and Q2 cocoa processing jumped 14% from a year earlier.

As people are giving their Keurig and SodaStream machines a rest and heading back to coffee shops, restaurants, and sporting events, the thirst for caffeinated beverages is real:

But demand isn’t the only factor here — Brazil’s once-in-a-century drought is expected to drop the country’s 2021 coffee harvest by the biggest year-over-year amount since 2003. Its arabica crop is forecast to be smaller than last year by 15 million 132-lb. bags (more than a few espressos). The anticipated supply crunch has pushed New York-traded arabica futures up over 18% in the past three months.

$7 Latte, $7 Milk: Those shopping in the java aisle aren’t the only ones feeling sticker shock. Overall prices paid by U.S. consumers last month surged by the most since 2008.

Cocoa Oh No: While prices have been pressured this year by oversupply concerns, cocoa processing hit its highest second-quarter volume in a decade, suggesting chocolate consumption is ramping back up in shops and restaurants. Chocolate mogul Hershey reports Q2 earnings at the end of the month.