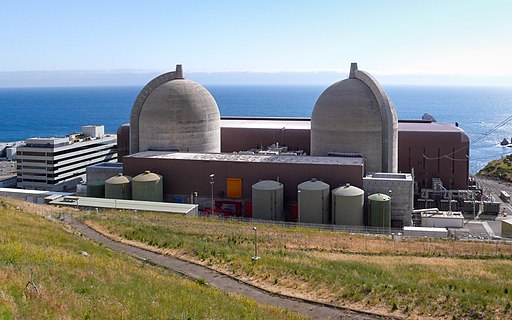 Washington is saying ‘no’ for now to no-nukes in California.

On Monday, the Biden administration announced it is giving a $1.1 billion grant to the Pacific Gas & Electric Company — the oft-beleaguered energy firm powering much of California — to keep the lights on at the Golden State’s last remaining nuclear power plant.

Opponents of nuclear energy point to three pieces of evidence to convey their point: Chernobyl, Three Mile Island, and Fukushima. But California’s immediate crises outweigh fears of hypothetical nuclear meltdowns. In other words, when wildfires rage through backyards on a semi-annual basis, the desire to ditch fossil fuels by any means necessary becomes much more irresistible. For that reason, keeping PG&E’s Diablo Canyon nuclear plant alive has proven a hobby horse for Governor Gavin Newsom. The plant was slated to shut down completely by 2025, but during an intense heatwave this summer that nearly crunched the state’s energy grid, Newsom successfully pushed state lawmakers to float PG&E a $1.4 billion loan to keep the plant open through 2030.

With the new federal funds, which hail from the $1 trillion bipartisan infrastructure bill signed into law a year ago, PG&E will be able to pay back most of the state’s loan, though the new grant will likely be lost entirely if the company fails to secure a federal license renewal from the US Nuclear Regulatory Commission. By keeping the Diablo facility operational, the federal government is maintaining a key piece of California’s infrastructure — a move they’re hoping to replicate elsewhere in the country as well:

Storage Wars: While critics often note the potential for disastrous nuclear plant meltdowns (a fear exacerbated by the massive, sometimes-moving fault lines running through California), anti-nuclear activists say there may be an even more pressing concern. Both the state and the federal government are failing to construct enough permanent storage space for nuclear waste — and the dangerous byproduct is beginning to pile up within power plants, according to a report from the Los Angeles Times. Suffice to say, expect this energy debate to remain positively radioactive for the foreseeable future.