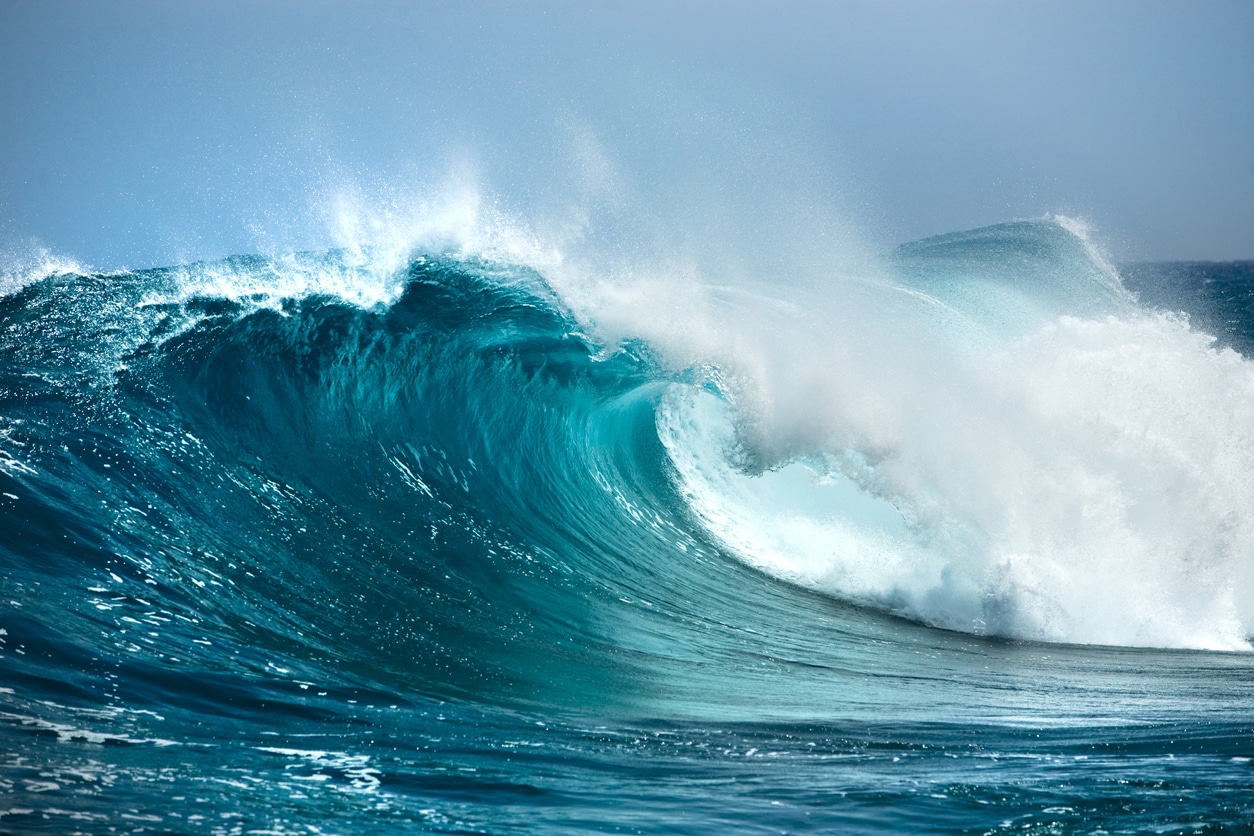 Yesterday, the Department of Energy announced it will dedicate $25 million in funding to eight wave energy-focused research projects.

The Ohm Man And The Sea

Presently, wave energy— which captures and converts waves into carbon-free electricity— is relatively unexplored and under-utilized compared to more popular forms of renewable energies. But its potential is considered immense:

“Harnessing the unrelenting power of the ocean is a clean, innovative, and sustainable way to curtail carbon pollution,” US energy secretary Jennifer Granholm said Tuesday.

V-SEA Funding: The harsh, corrosive conditions of the open ocean have placed a limit on developing and upscaling wave-energy technology. But there’s hope testing progress at PacWave South will attract the venture capital and angel investors needed to carry the field into a new phase of commercial-scale farms. “Even somebody like Bill Gates isn’t going to pay millions of dollars to do tests that they think will fail. Feasibility is pretty important,” PacWave’s chief scientist Burke Hales told Wired last year.