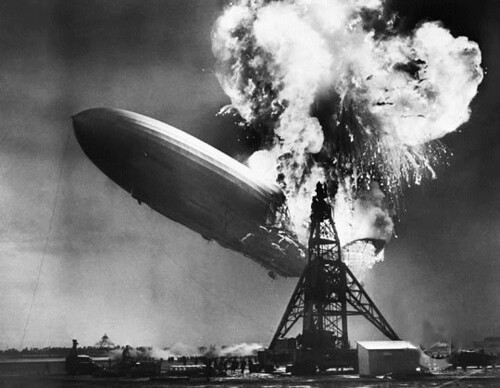 Oh the humanity! And all the shareholders are screaming around here!

Investors searching online for Hindenburg yesterday may have come across that immortal newsreel narration of the 1937 zeppelin explosion. It’s too soon, however, to tell if disaster awaits the various businesses of Indian conglomerate Adani Enterprises, owned by Asia’s richest man, Gautam Adani, after they were targeted by famed short-seller Hindenburg Research. (As an ironic sidenote, Adani recently announced a new venture in the hydrogen fuel space.)

All the President’s Shell Companies

Hindenburg founder Nathan Anderson has made a name for himself as the extremely measured sworn enemy of deception, fraud, and overly-lofty promises designed to boost shareholder sentiment. Most notably, his firm was among the first to point out that upstart EV truck maker Nikola, once valued on the public market at $20 billion, was built upon an “ocean of lies” masking that its cars could barely even, you know, drive. A high-profile short-sell on Nikola’s stock, coupled with the release of a highly-detailed investigative report detailing Nikola’s shady practices, was soon followed by the conviction of its founder Travis Milton on charges of securities fraud. Nikola’s stock tanked, and Hindenburg, in turn, made a small killing.

Now Hindenburg is placing its biggest bet since Nikola’s crash on the seven different listed companies in the Adani empire, complete with yet another report sure to make Woodward and Bernstein blush. Hindenburg alleges that Adani, which has seen its flagship Enterprise company’s share price spike nearly 1,400% in the past three years and has its business tendrils in everything from energy to ports to data to defense, is “Pulling The Largest Con In Corporate History.” The report claims a long list of shady practices that paint the conglomerate as a house of cards:

30 for 30: Since 2020, Hindenburg has bet against roughly 30 companies, Bloomberg reports. Collectively, the targets average a next-day loss of 15%, and a six-month loss of 26%, the outlet calculates. Adani’s listed companies dropped an average of 5% immediately following Hindenburg’s announcement, wiping out some $10 billion in value.