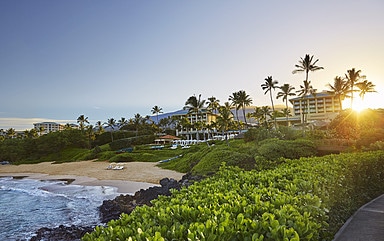 Millions of people ate up HBO Max’s The White Lotus, which follows well-heeled, dysfunctional guests on vacation at a luxury hotel in Hawaii.

Part of the spectacle was the lavish suites and sprawling infinity pools, filmed at The Four Seasons resort in Maui. With plenty of viewers already binging through season 1, a fresh storyline about a tech billionaire-turned-hotel magnate would be a fitting addition for a subsequent season.

But reality beat fiction to the punch on Wednesday when Bill Gates’ holdings firm Cascade Investment acquired a controlling interest in the Four Seasons Hotel and Resorts for $2.21 billion.

The saga certainly played out like the erratic plotline of an HBO show. In 1997, the Microsoft co-founder first invested in the then-publicly traded Four Seasons hotel and resort chain. A decade later, during the ‘00s luxury travel boom, Gates teamed up with Saudi Arabian Prince Alwaleed bin Talal to take the hotel private.

Though The Wall Street Journal described the two billionaires’ relationship as replete with feuds over “matters large and small,” Gates supported Alwaleed when he was detained at the Ritz-Carlton by Crown Prince Mohammad Bin Salman in 2018.

Fourteen years later, Gates is now acquiring half of his old partner’s stake, bringing his own interest in the resort company above 71%. Alwaleed’s Kingdom Holding company will retain roughly 24%, while Four Seasons Chairman Isadore Sharp keeps 5%. The all-cash deal will close in January, but ownership allocations aren’t all that’s been changing at the resort over the years: