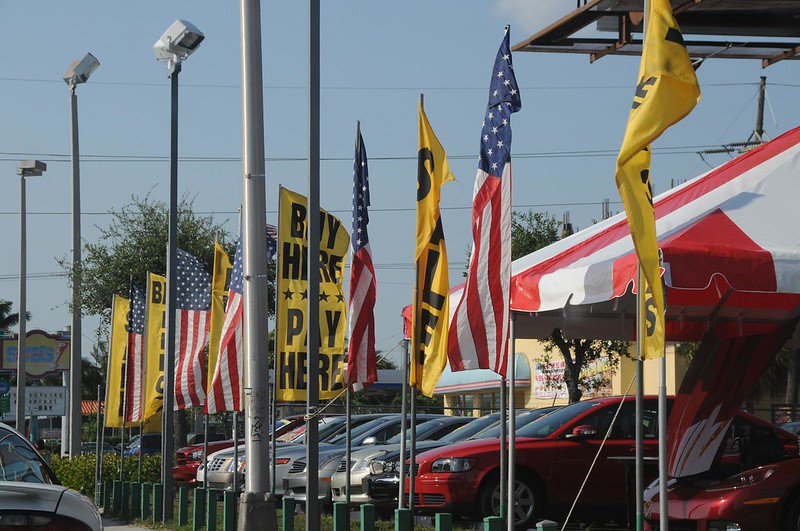 A new survey of 1,000 US car dealerships revealed a gloomy forecast as consumers who’d previously been clamoring for hard-to-find cars are now switching off, just as supply starts to catch up to demand.

Car retailers have had a lucrative few years as supply has been dwarfed by demand thanks to an automotive supply chain snarled up by the chip shortage. While demand remains elevated, sky-high interest rates on cars are now looking like more of a daunting prospect to cash-strapped consumers already dealing with inflation. The end result is a tepid outlook for retailers and a wobbly environment for prices.

One big retailer shows the circuitous bind car dealerships now find themselves in. Online retailer Carvana was a pandemic boomer baby and its growth was buoyed by consumers stuck indoors (and off dealership lots) coupled with record-breakingly high prices in the used car market. After that incredible run however, the company finds itself in a ditch:

“There is pent-up demand from people who’ve been in the market for six or nine months and haven’t been able to find a car,” one car dealer told The Wall Street Journal, adding ominously: “But it’s going to dry up. We’re very concerned about 2023.”

Sheer Fining Pleasure: Iconic German car brand BMW got a £30,000 slap from UK regulators on Thursday after failing to comply with an information request from the British antitrust regulator relating to a probe into whether BMW was anti-competitive in its recycling of old vehicles. It’ll keep racking up additional £15,000 fines for each day it doesn’t respond to the request, but BMW’s argument is the information lies outside of the UK’s jurisdiction. James Bond might have to scrub BMW models from his roster.