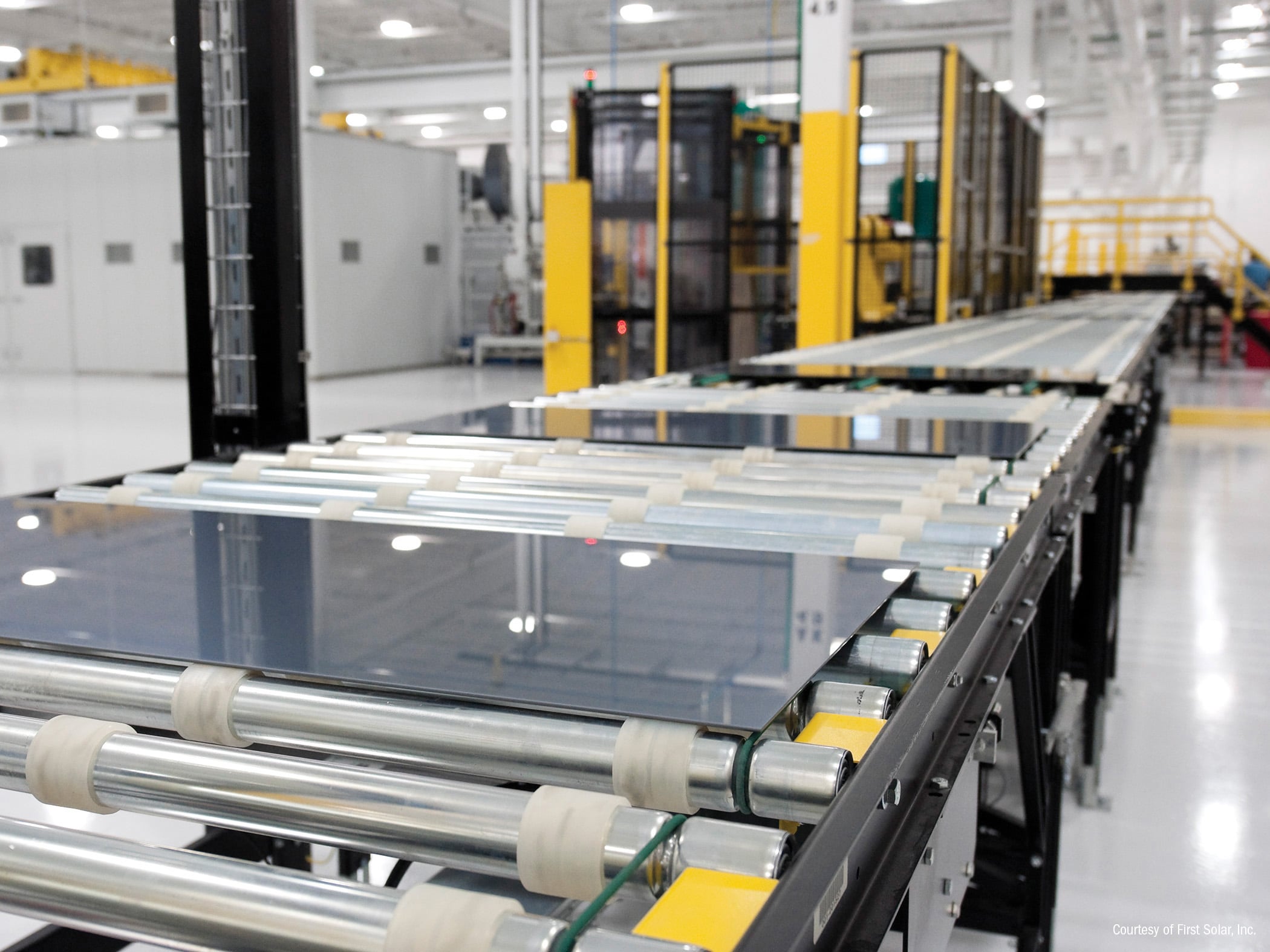 The Rust Belt is starting to look more like the Sun Belt. America’s biggest solar panel manufacturer said Wednesday that it’s investing $680 million in a new Ohio factory to open near Toledo in 2023.

It will be First Solar’s third plant in the state, and represents a huge bet that the U.S. can slice into China’s dominance in the sector.

Ohio’s Moment In The Sun

The new plant will immediately take a large share of the U.S. solar market, generating 3 gigawatts worth of panels annually, or enough to power 570,000 homes. By 2025, First Solar’s three Ohio plants are expected to produce half of all American-made solar panels, totaling 6 gigawatts of power every year.

But all that remains a drop in the bucket compared to Chinese companies, which have dominated the industry for a decade thanks to massive state subsidies:

D.C. Backing: Washington, meanwhile, has set the stage for a massive boost to the U.S. solar industry in the coming years, and with rare bipartisan harmony. There is particularly a shared concern that much of China’s production is carried out in its Xinjiang province, where the Chinese government is holding over one million members of a Muslim minority group in internment camps.

“The two economies are going to decouple,” said Republican Senator Rick Scott bluntly. He put forward a bill in March that would ban U.S. government purchases of Chinese solar panels.

Panel-American: President Biden, who wants the U.S. electric grid carbon-free by 2035, has also suggested the federal government shop for equipment made in America.