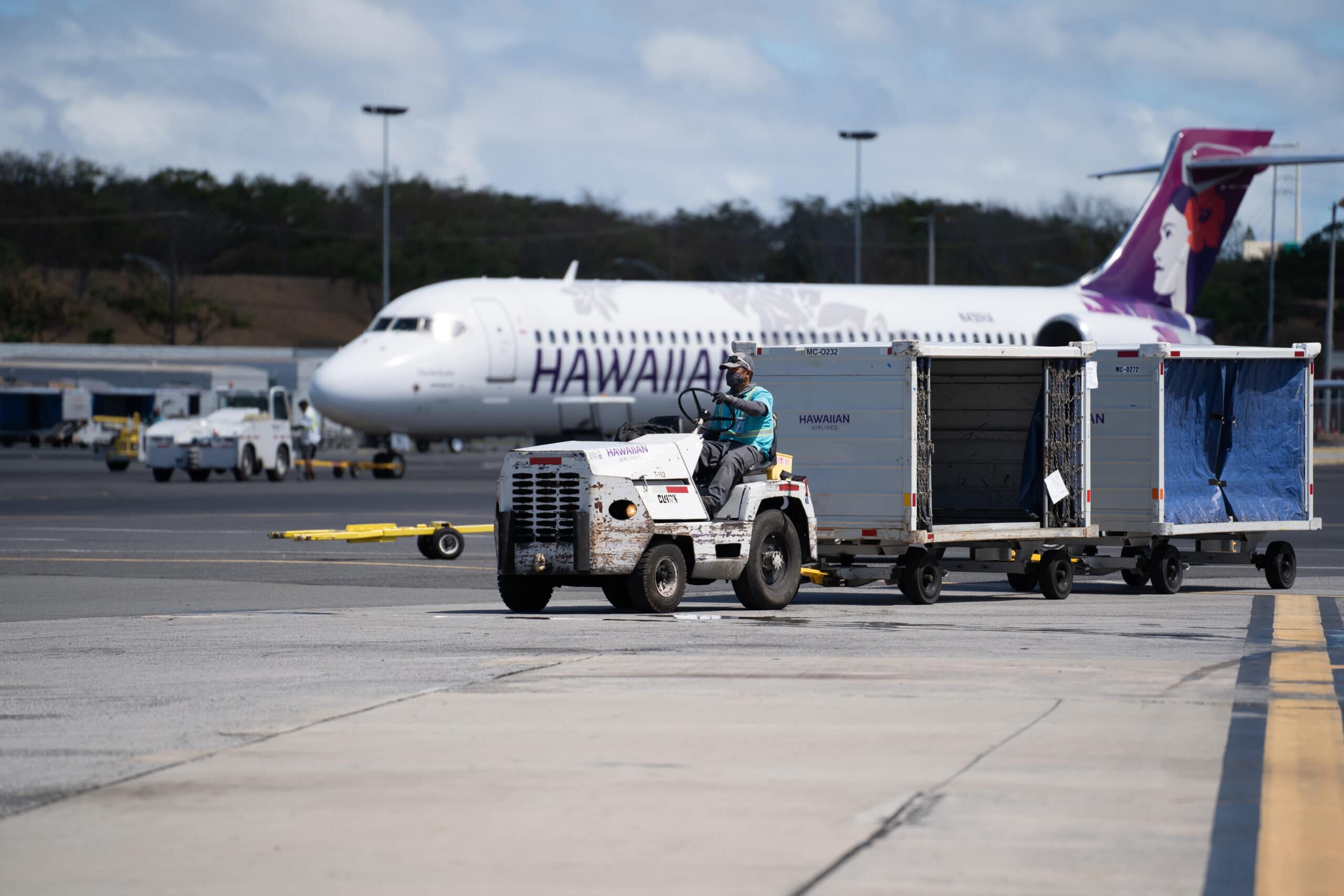 It’s a boat… it’s a plane… it’s a seaglider! Fully electric, powered by eight propellers, hovering 30 feet above the ocean, and charging forward at 180 miles per hour — it’s how Hawaiian Airlines is betting travelers will one day island hop from Maui to Oahu and beyond.

Do the Electric Glide

Being responsible for 2.5% of all human-induced CO2 emissions puts immense pressure on aviation companies to go green. And what better way to get there than in a futuristic electric vehicle that floats like a hovercraft, flies like a low-swooping bird, and docks like a boat?

That’s precisely what the engineers at Boston-based Regent are aiming for. Apparently, words fail the company’s future products, now in development, but thankfully a CGI video set to Miami Vice-type music gets the job done in style. For Hawaiian Airlines, which did not detail its investment, partnering with Regent is a chance to stake out a future as it recovers from Covid-era losses. Hawaiian’s $1.6 billion in revenue last year was down 44% compared to pre-pandemic 2019. Seagliders could help in a few ways:

On Board: Regent has raised $27 million from investors including Thiel Capital and Dallas Mavericks owner Mark Cuban. Regional carrier Mesa Air agreed to buy 200 twelve-passenger Regent seagliders to service US East Coast hubs starting in 2025. Hawaiian will work with Regent to develop a 100-passenger version with a 2028 launch in mind.

Big in Japan: Inter-island travel accounted for 20% of Hawaiian’s passenger revenue before the pandemic. Unfortunately, the seaglider’s 180-mile range will prevent it from flying the 4,000-mile route to Japan, which represents 70% of the airline’s international revenues.