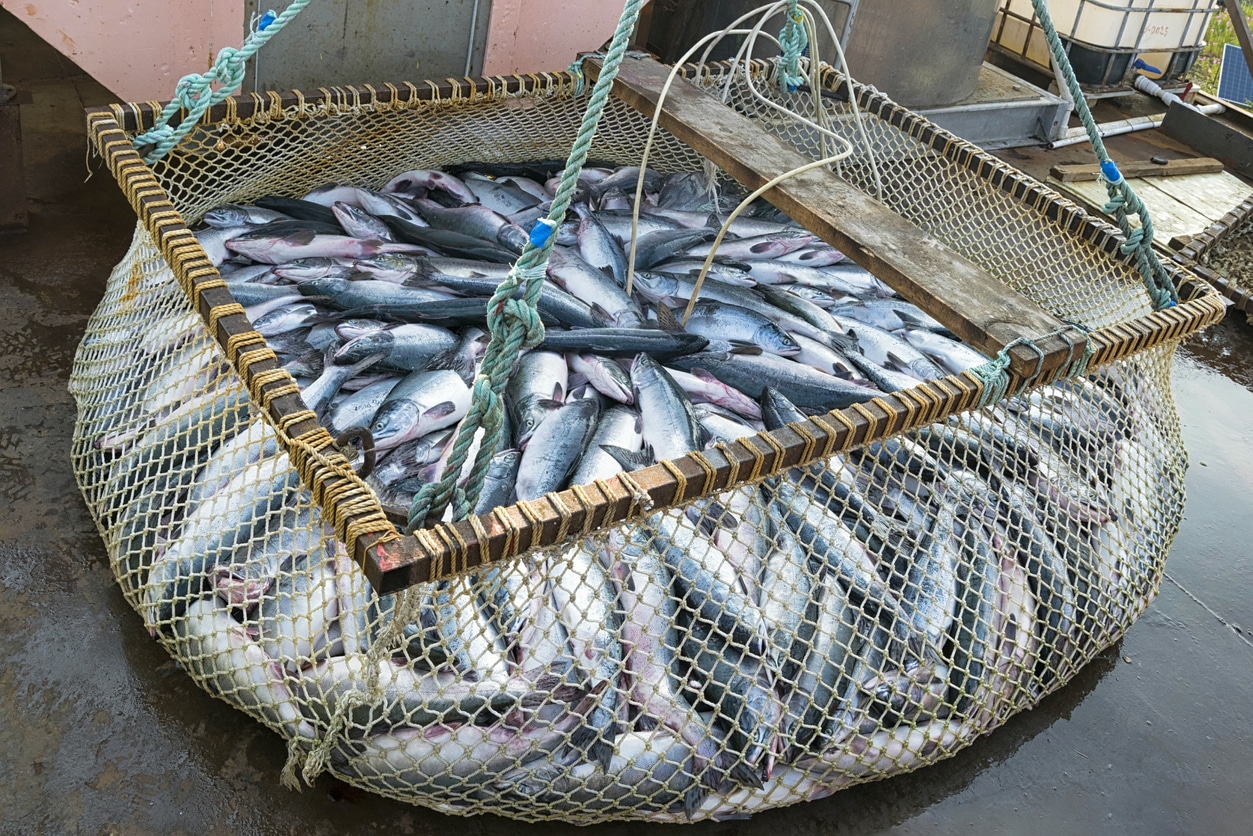 Fish and cheese generally don’t go together, and right now they’re headed in opposite directions.

Salmon stock in the Pacific is literally shrinking, as fish are increasingly smaller for reasons scientists can’t fully explain. Billions are at risk. Meanwhile, in the heartland cheese futures are selling like hotcakes as Americans prep for grill season as they emerge from pandemic life.

In Alaskan, the U.S. mainland, Canada, Russia and Japan, salmon are getting smaller as they return to freshwater from the ocean at a younger age, a behavior scientists have yet to explain.

“We are seeing a march north on the declines and collapses of salmon fisheries,” Guido Rahr, head of the Oregon-based Wild Salmon Center told Bloomberg. “Japan has almost no wild fish left. In parts of Russia, once massive salmon runs are collapsing due to overfishing.”

Traders in American cheese futures currently hold contracts worth 64 million pounds of block cheddar, which companies expect will see accelerating demand as the U.S. reopens and grilling season begins, with cheeseburgers at the top of the menu.

Buy Now, Grill Later: The 20,000 pound blocks of U.S. cheese scheduled for June delivery are priced at about $1.87 a pound, down from $2 highs earlier in April. But restaurant demand, which is heating up as the economy reopens, and grilling season have buyers grabbing supplies for later in the year now as prices may be on the rise as the economy starts to sizzle once more.