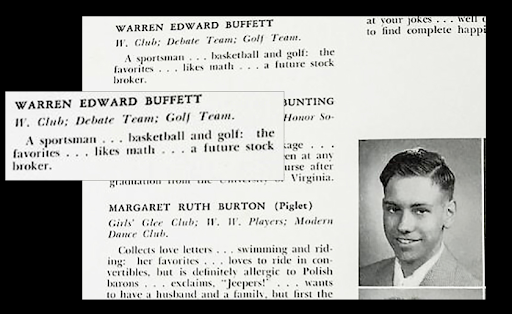 On Monday, the S&P 500 nearly took the rarest of tumbles. Every single one of the 504 stocks on the index was trading in the red. Only once since 1990 had such a uniform drop lasted to the end of a trading day.

The S&P managed to dodge this rare, unpleasant distinction, but the painful trading session acted as a microcosm of markets in 2022 — just about everything is down.

Stock picking is a nightmarishly tough game, even in the best of markets. This year, scrutiny on the financial world’s most famous quasi-celebrity stock pickers has reached a fever pitch. Perhaps no two names are bandied about more than Warren Buffett and Cathie Wood.

They are two wildly different and uniquely successful investors. One is an old-school stock-picking legend, a sage Nebraskan who still lives in the modest Omaha house he bought in 1958 and has a fondness for railroads, utilities, and his beloved Dairy Queen. The other is a tech-savvy Californian, an investor in bleeding-edge innovation who uprooted her Wall Street fund from its Manhattan digs to sunny Florida last year.

Many place them on opposite poles of the investing spectrum, but their influence is so profound that analysts often cite their portfolios as economic indicators. And that’s what we’re looking at today — a tale of the tape between two heavyweights, why they inspire dedication from fans on par with Justin Bieber, and how their investing strategies led them to fame.

A Trip to the Buffett

Warren Buffett, as you probably know, is considered by many to be an investing genius. Tens of thousands of people — fans — flock to Nebraska to attend the annual general meeting of his company Berkshire Hathaway for the chance to hear Buffett, and his straight-talking lieutenant Charlie Munger, pontificate on the state of markets. One fan, in particular, agreed to pay $19 million this past weekend just to have lunch with Buffett, a record for a charity auction he has held since 2000.

Buffett, whose high school yearbook entry presciently called him “a future stock broker,” was born in Omaha in 1930 into relative privilege — his father was a four-term US congressman. But he built his business empire through sheer hard work. After selling chewing gum and magazines door-to-door as a kid in the 1940s, he and a friend in high school bought a used pinball machine and put it in a barbershop. They used the earnings to buy more machines, put them in other salons, and then sold the business for $1,200 in 1947.

By 1962, after graduating from the University of Nebraska and Columbia Business School and forming three investment partnerships, he was a millionaire. Over the next few years, Buffett used his various investment vehicles to take out soon-to-be-lucrative stakes in American Express and Disney, the latter after a personal meeting with Walt himself. He also built up a 29% stake in a floundering textile business called Berkshire Hathaway, which he advised to start taking out positions in the insurance industry. In 1970, he became the company’s chair and CEO. The rest, of course, is history:

Like Warren Buffett, Cathie Wood has superfans, but rather than flocking to rockstar-style AGMs they express their love at a different venue: Reddit, Twitter, and TikTok. The CEO of Ark Investment is one of the most popular investors among retail traders on social media, and her strategies have probably launched more memes than the Marvel Cinematic Universe. But Wood’s path to being at the vanguard of online, tech-savvy investors followed a conventional Wall Street pattern… until it didn’t.

Born a generation after Buffett in Los Angeles, Wood graduated from the University of Southern California in 1981 after studying economics. By age 25, she moved to New York to join the investment shop Jennison Associates as chief economist.

In 1998, Wood took on the role of active investor, co-founding the hedge fund Tupelo Capital. In 2001, global asset firm AllianceBernstein named her chief investment officer of global thematic strategies, and she oversaw $5 billion in assets. And then, in 2012, the epiphany came.

Wood was inspired to start a firm of actively managed exchange-traded funds (ETFs) focused on disruptive innovation. The idea was to create an investment vehicle that harnessed the potential of high-growth companies and use ETFs — which anyone can buy like a stock — to make it accessible to everyday investors. AllianceBernstein thought it was too risky, so Wood left, put $5 million of her own savings into the venture, and Ark Invest was born.

The rest, of course, is (recent) history:

But 2022 has been a different beast entirely for the growth-focused tech firms populating Wood’s funds, testing the faith of die-hard Ark believers.

Fork in the Road

In the two years leading up to this year’s market downturn, Buffett’s Berkshire and Wood’s Ark ETF performed surprisingly similarly, despite their radically different investment approaches. Both delivered returns of roughly 35% in the 24 months leading to January.

But then the economic picture flipped. Interest rates started to go up, inflation crept up (more like shot up), and the global economy was done no favors by the war in Ukraine and a new round of Covid lockdowns in China.

Suddenly, Buffett’s value investing approach, where a company’s fundamentals and a solid margin of safety matter above all else, was in vogue once again. Meanwhile, Wood’s strategy of concentrating on innovative tech firms focused on growth at the expense of profits —  which thrived during the era of ultra-low interest rates — was exposed to an economic storm:

Can History Repeat? Wood, for one, sure hopes so. In the early 1980s, while still at Jennison, her bosses would bring in leading economists like Henry Kaufman — who believed the double-digit interest rates and inflation of the time were there to stay — to debate Wood, who thought interest rates had peaked.

Flash forward to earlier this month, when Wood said huge inventories now piling up at US companies after months of supply chain disruptions suggest inflation is ready to die down (retail giant Target cut its profit outlook twice recently, citing too much inventory). She’s also doubled down on the pandemic tech darlings that helped burnish her reputation as an investor — in April, Wood bought over 100,000 shares of e-commerce firm Shopify, 330,000 of Zoom, 740,000 of gaming site Roblox, and 575,000 of streaming device maker Roku after the stocks plummeted.

So Who’s Right? Whether Wood can recapture the spark of the last few years remains to be seen, but her commitment to innovation remains admirable (or admirably stubborn, depending on your view).

Take earlier this year, when Buffett said he believes Berkshire’s railway investments, namely its ownership of BNSF Railway, the largest US railroad by revenue, “will be a key asset for Berkshire and our country a century from now.”

And, while it may be Wood who is down now, Buffett has been there before. Berkshire has taken its fair share of bitcoin-sized tumbles over the years. In 1999 just as the internet economy was emerging in full force, Berkshire’s stock was down 20% and the Oracle of Omaha’s beloved S&P 500 up the same amount. A Barron’s article famously asked “What’s Wrong, Warren?” and quoted an internet forum user who called Berkshire a “middlebrow insurance company studded with a bizarre melange of assets, including candy stores, hamburger stands, jewelry shops, a shoemaker and a third-rate encyclopedia company the World Book.”

Buffett had the last laugh in that case, but it wouldn’t be his last tumble. Nor, would a reasonable market watcher say, that Cathie Wood’s current setback is likely to be her last.

Who will be right? In their own way, both investors are playing the long game. We’ll just have to check back in 100 years.