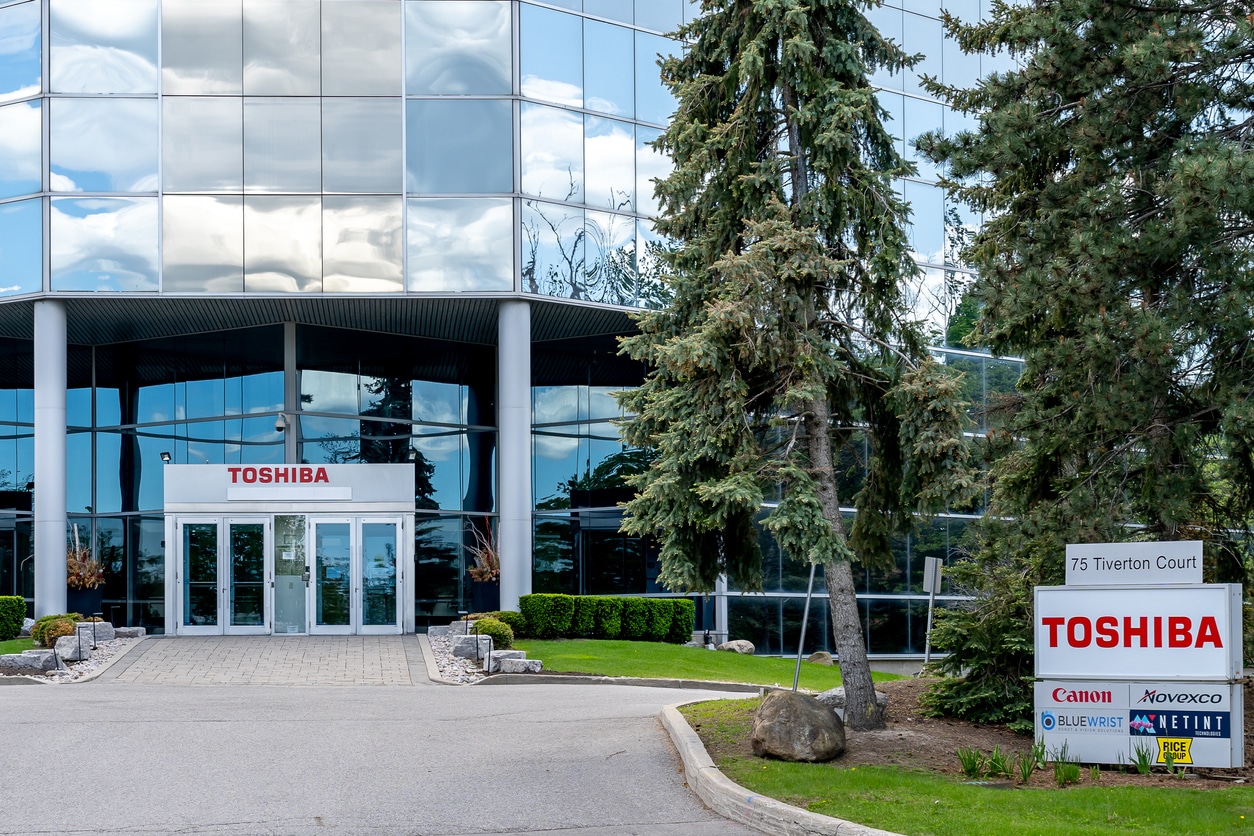 In the history of sprawling, amorphous conglomerates, Japan’s Toshiba has had its finger in as many pies as anyone. It has sold everything from laptops to escalators to kettles to X-ray machines to nuclear power.

It was revealed Wednesday that Luxembourg-based private equity firm CVC Capital Partners has made a $20 billion offer for the company, in what would be one of the largest leveraged buyouts in history.

The deal would take Toshiba private at the height of drama — shareholders revolted last month over a litany of concerns, including faulty accounting controversies and billions in writedowns:

Now the disgruntled could turn into the delighted: CVC is offering shareholders a 30% premium, and Toshiba stock jumped 18% on Wednesday.

For the deal to be completed, Toshiba and CVC would have one big hurdle to climb: the Japanese government. Because the company is tapped into sensitive national defense projects and is deeply involved in decommissioning the Fukushima Dai-Ichi nuclear power plant — regulators will need to have a serious think before greenlighting a sale.

CVC, one of the world’s biggest private equity firms with nearly $162 billion in funds committed, has a pretty big in at Toshiba: CEO Nobuaki Kurumatani was chairman of CVC’s Japan unit before he joined the company.