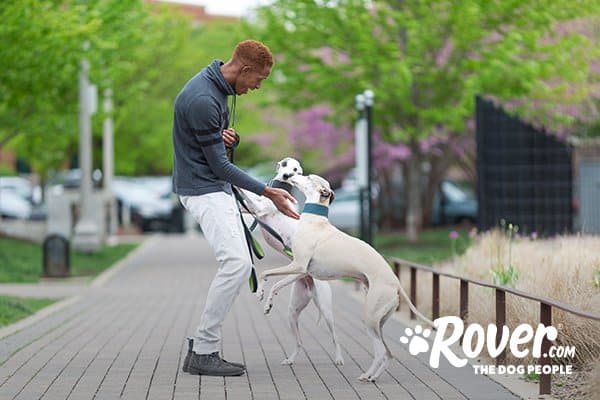 Americans added 47 million pets to their households last year, a 5% increase from 2019, as they sought out furry company to brighten the mood while bunkered down at home.

As those new members of the family grow up, new Morgan Stanley research says the pet-care business will nearly triple to a Saint Bernard-sized $275 billion by 2030. Already seeing the impact are dog-walking apps.

The 2020 pandemic year was, at first glance, a Great Dane-sized blow to Seattle-based app Rover: annual revenue dropped by almost half to $48 million. “It hurt our business quite a bit initially,” CEO Aaron Easterly told Bloomberg.

The explanation is pretty simple. People stuck at home walked their own dogs.

But now, as cities like San Francisco allow workers to return to the office, millions of new pet owners are looking for care while they’re away from home. It turns out the rough patch was a blessing in disguise. “It accelerated pet adoption,” added Easterly. “It accelerated emotional connection with animals.”

Rover is now gearing up to go public via an SPAC merger, its numbers have right-sided, and it’s looking at a future with more four-legged customers than ever before.

Rover and Wag – both of which also offer boarding and house sitting for dog owners — are recording the highest demand since the pandemic began one year ago.

SoftBank’s Untimely Cash Out: SoftBank’s English Mastiff-sized $100 billion Vision Fund — no stranger to bad bets — may have completely dropped the tennis ball on this one. The fund made a splashly $300 million investment in Wag in 2018, only to cash out at a loss right at the end of 2019. A couple of months later, the pandemic triggered the pet buying spree that will boost the pet industry’s bottom line for years to come.

EFTs of animal memes are already selling for hundreds of thousands of dollars, so stands to reason that the real thing would be worth some dough, too.