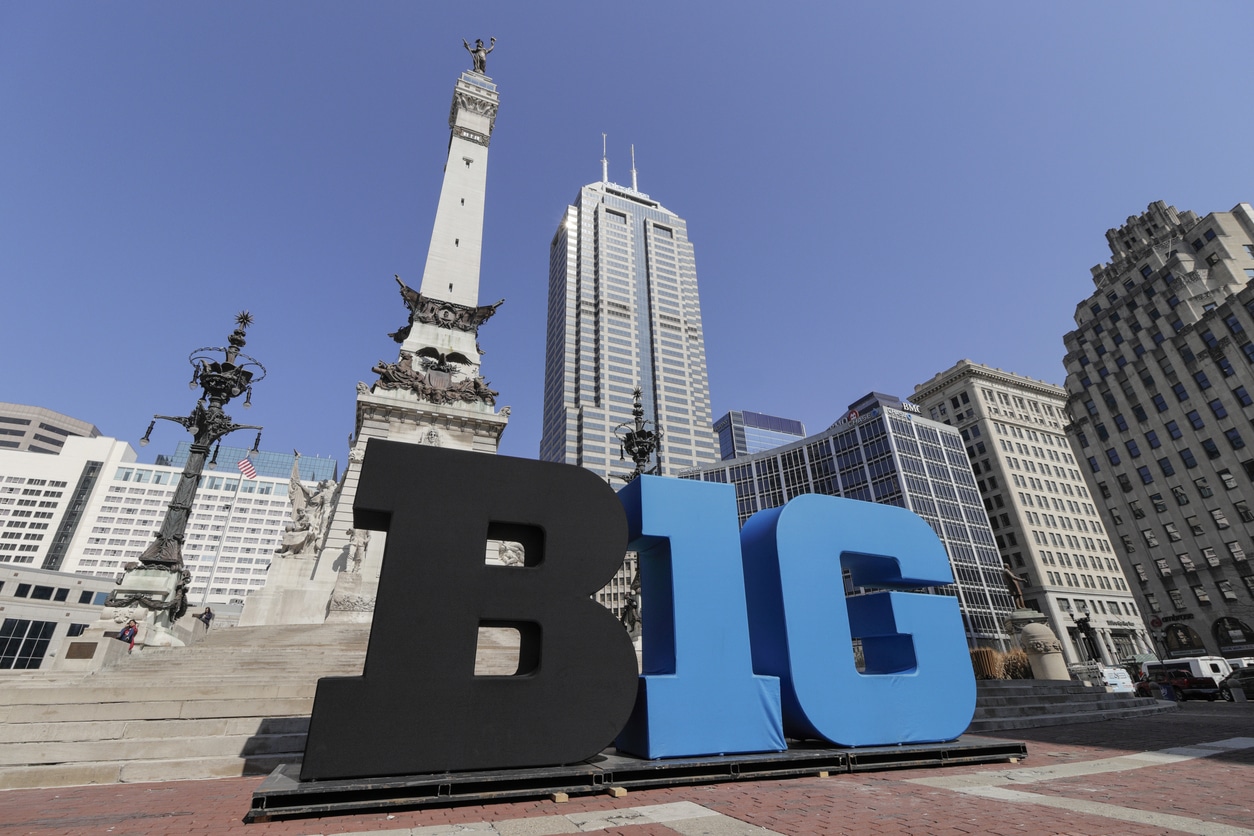 On Thursday, the academic alliance — which now counts not 10 but 14 member schools, with two more set to join in 2024 — announced a massive seven-year, $7 billion TV sports rights deal with a big three of broadcast partners: NBC, CBS, and FOX.

There’s No ‘I’ in Stream

The Big Ten’s new deal marks the end of three eras. First: it brings to a close a 40-year relationship with ESPN, with broadcast rights leaving the network after this spring’s graduation ceremonies. Second: It’s the first deal inked since the Big Ten folded in USC and UCLA, giving it bicoastal national appeal. Third: it’s the conference’s first deal signed squarely in the streaming era, coming hot on the heels of the first-ever Nielsen report to show streaming viewership finally surpassing both cable and broadcast ratings.

But that paradigm shift only makes live sports — one of the few remaining reliable draws for broadcast audiences — all the more valuable. It also gives the conference a dominant Saturday TV lineup:

SEC You Later: According to ESPN reporting, the sports network rejected a $380 million-per-year offer to retain partial rights to the conference. Meanwhile, the Sports Business Journal reports that both CBS and NBC will pay about $350 million annually for their share of the Big Ten. For CBS, that’s a hefty increase from the $300 million it paid annually to the southern-school-dominated SEC — which recently inked a 10-year deal to make ESPN and ABC its exclusive broadcast partner starting in 2024. If you find the shifting sports media rights landscape to be dizzying, don’t sweat it — we’re not even sure the eggheads at Northwestern can keep all this straight.