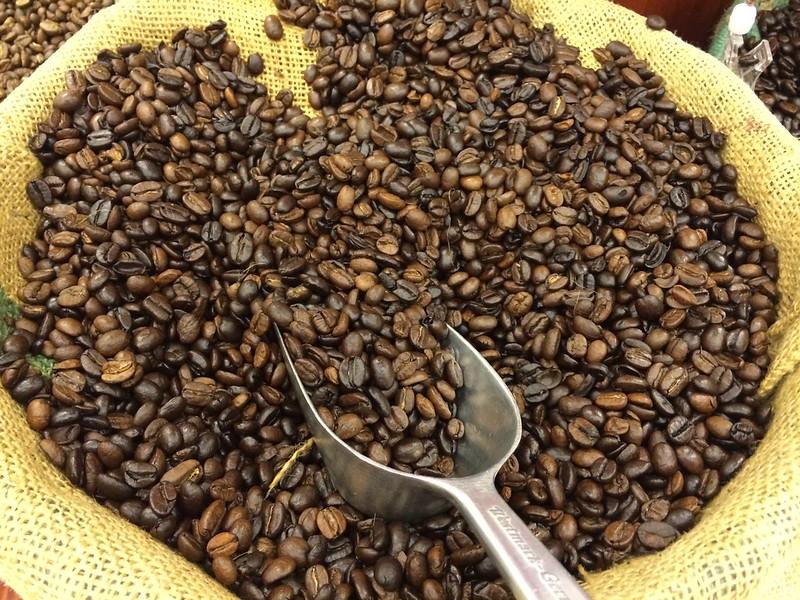 Remember when you used to roll your eyes at geezers complaining about the price of coffee, and then you looked in the mirror and realized you had become that geezer? Well, good news!

The price of coffee beans has come down 20% over the past month due to big crops in Brazil and Indonesia — and a rising dollar, according to The Wall Street Journal. This bucks an over-caffeinated trend that had seen coffee rising in price for months, hitting an 11-year high in February.

A cup of coffee in the first six months of this year cost 7.6% more on average than it did last year, per market research firm NPD Group. That’s partly due to inflation, but the weather has also played a role. Last year, disaster struck for growers in Brazil, the world’s biggest exporter of coffee beans, when a cold snap killed off a third of the country’s arabica crop.

Earlier this month, markets were girding themselves against a coffeepocalypse, as Reuters reported sacks of arabica beans were being squirreled away in ICE warehouses to replenish stocks and fight against rampant coffee-flation. So bumper crops are a real lifesaver:

Don’t get too hyped up: It will be up to retailers to decide whether they want to pass savings on to caffeine-addicted consumers, and some may decide to pocket the difference for themselves. We’ll be keeping our eye on a certain green mermaid who topped Wall Street estimates this month.